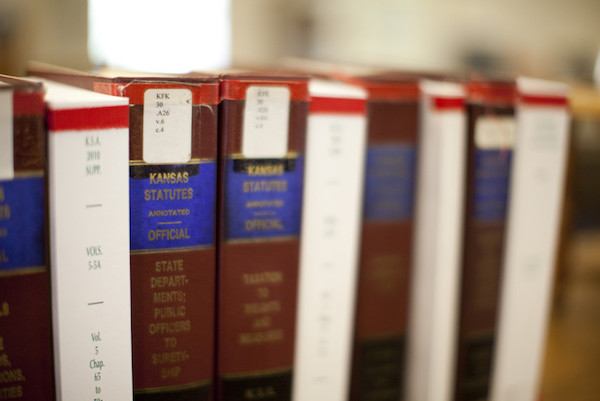 LAWRENCE — Since 2010, numerous states have passed legislation providing for the establishment of public benefit corporations — for-profit businesses that choose to also make promoting the public good part of their corporate purpose. Kansas recently enacted such legislation, with aspects that make it one of the most innovative and unique in the nation, supported by a drafting team led by University of Kansas School of Law faculty and alumni.

Corporations that make furthering public good part of their mission are becoming increasingly more common. Whether they are outdoors recreation outfitting companies like Patagonia that support environmental sustainability, or a clothing company such as TOMS that provides shoes to children in need for every pair sold, public benefit corporations are increasingly dotting the corporate landscape.

As of 2017, 37 states have approved legislation allowing such organizations to incorporate within their borders. What makes Kansas’ legislation innovative, KU Law professors say, is its combination of Kansas’ traditional reliance on Delaware law as a model and transparency requirements that originated in legislation proposed by B Lab, a nonprofit entity that fosters the use of business as a force for good.

“The idea is to create a corporate focus where the owners of the company are obligated to pursue one or more benefits for the public good. Traditionally, companies could do that as a byproduct of their work, but this is part of the fiduciary duties of a public benefit corporation,” said Virginia Harper Ho, professor of law at KU. “What’s special about this is the dual mission. You have the for-profit mission and the public good. Had we not done this, businesses that wanted to use the public benefit corporation model would have had to incorporate somewhere else."

Harper Ho and Webb Hecker, Centennial Teaching Professor at KU, were part of a committee working on behalf of the Kansas Bar Association to research, draft, and recommend to the Kansas Legislature a comprehensive update of Kansas General Corporation Code. They were joined by KU Law alumnus William Matthews, who chaired the committee, and attorneys Robert Alderson, Garrett Roe, William Quick and William Wood.

Delaware law made sense as a starting point because its business entity legislation is traditionally looked to as the gold standard, and the state is widely viewed as business friendly. The Delaware General Corporation Law, updated annually, is touted as the most advanced and flexible business formation statute in the nation. In addition, the Delaware Court of Chancery is a one-of-a-kind business court that, over the years, has developed a high degree of specialized knowledge and created a wealth of modern U.S. corporation case law.

Kansas has a history of modeling business legislation after Delaware dating back at least to the 1940s, and, in more recent times, Kansas courts have recognized Delaware Supreme Court and Court of Chancery opinions as persuasive precedent.

“Delaware is attractive because they have courts that are highly respected, have written good case law and left few unanswered questions,” Hecker said. “So what you can do is pattern your legislation after Delaware’s and take advantage of their statutes and judicial opinions.”

Hecker also said the impetus for special public benefit corporation legislation is the belief that corporate law requires the directors of for-profit corporations to pursue single-mindedly the goal of profit-maximization for the benefit of the corporation’s shareholders. Therefore, the fear is that if a corporation wants to do well and do good, it will open itself up to suit by one or more disgruntled shareholders, hence the need for statutory relief.

The Kansas special committee, however, did not simply want to recreate Delaware’s public benefit corporation legislation. Rather, the committee combined the best of the Delaware and B Lab models with some unique features of its own. The result is a statute that:

House Bill 2153 passed in the 2017 Kansas legislative session was signed by the governor and takes effect July 1. Hecker and Harper Ho said the unique nature of the legislation gives the state an edge in supporting business innovation and will also serve as a model for other states in supporting public benefit corporations while the enhanced reporting and transparency mechanisms will prevent “greenwashing,” the practice of claiming to support public good causes for a competitive advantage without following through.

“We thought we could get the best of both worlds by strengthening the reporting mechanism,” Harper Ho said. “This is another path. Kansas is now the only state to merge the Delaware approach and greater transparency requirements.”