LAWRENCE – The University of Kansas School of Law honored Class of 2018 graduates at a hooding ceremony May 12. During the ceremony, seven students received awards for distinguishing themselves in scholarship, leadership and service to the law school and the community.

LaRoque also served as the 2018 banner carrier, an honor bestowed upon an honor student who exemplifies excellence in their program.

The award winners were part of a class composed of 119 recipients of the Juris Doctor, as well as one Master of Laws in American Legal Studies and five Doctor of Juridical Science graduates. Five students also graduated in the inaugural class of the Master of Science in Homeland Security: Law & Policy program.

Funds for the awards are managed by KU Endowment, the independent, nonprofit organization serving as the official fundraising and fund-management organization for KU. Founded in 1981, KU Endowment was the first foundation of its kind at a U.S. public university.

Student award recipients are listed below by hometown. 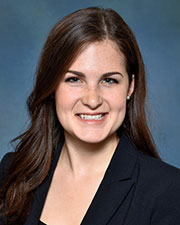 JOHNSON COUNTY
From Overland Park
Jordan Kane received the Samuel Mellinger Scholarship, Leadership and Service Award, given to the student who has most distinguished him or herself in the combined areas of scholarship, leadership and service. Kane was editor-in-chief of the Kansas Journal of Law & Public Policy and graduates as one of the top students in her class. She served as a Shook, Hardy & Bacon Scholar and as a member of the Dean’s Diversity Leadership Council. Kane also demonstrated leadership in the Project for Innocence and helped coach KU’s undergraduate mock trial team. She is the daughter of Ron and Joan Kane and a graduate of Blue Valley Northwest High School and KU. 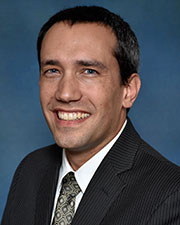 From Shawnee
Samuel LaRoque received the Faculty Award for Outstanding Scholastic Achievement, given to the graduating student selected by the faculty as having made the most significant contribution toward overall legal scholarship. LaRoque attended KU Law through the Rice Scholar Program, which provides full tuition and fees to students with outstanding academic and leadership records. He served as an articles editor on the Kansas Law Review, which published his comment on intersections between contract law and trade secret law. LaRoque and his teammate won the regional round of the National Moot Court competition during their second year of law school. He is the son of Miriam Landesman and Robert LaRoque and a graduate of Santa Cruz High School, Cornell University and the University of Chicago. 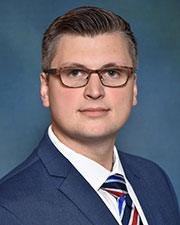 SEDGWICK
From Wichita
Mathew Petersen received the Robert F. Bennett Award, given to a graduate whose undergraduate degree is from a Kansas university or college and who has demonstrated leadership qualities through public service. Petersen completed the joint Juris Doctor/Master of Business Administration program and served as editor-in-chief of the Kansas Law Review. He participated in Traffic Court, served on the Dean’s Diversity Leadership Council and volunteered for four years with KU Law’s Volunteer Income Tax Assistance program, providing tax assistance to individuals with need. He also distinguished himself through success in the moot court program, twice representing the law school at national competitions. Petersen is the son of Laura Petersen-Miller and Virgil Miller and a graduate of Wichita High School East and KU. 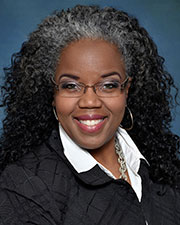 WYANDOTTE
From Kansas City
Waynell Henson received the Class of 1949 Leadership Award, given annually to the student who, in the opinion of the faculty, contributed most significantly to the overall experience of the students in Green Hall. Henson has been a consistent leader in the law school, serving as president of the Black Law Students Association and helping to form the pre-law BLSA group for undergraduate students. She served on the Dean’s Diversity Leadership Council and dedicated time to the community beyond Green Hall, playing an important role in her church. Henson is the daughter of Juanita Henson and the late Willis Henson and a graduate of Sumner Academy of Arts and Sciences, Rust College and the University of Mississippi. 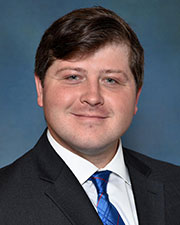 FLORIDA
From Jacksonville
Benjamin Stringer received the Justice Lloyd Kagey Leadership Award, given to the graduate who has most distinguished him or herself through leadership in the law school. As president of the Native American Law Students Association, Stringer helped plan and execute a diversity banquet that raised more than $16,000 for student scholarships. He served as vice president of the KU student chapter of the Federal Bar Association and a member of the Business & Tax Law Society. Stringer achieved a rare combination of success in both KU’s Mock Trial Program and its nationally ranked Moot Court Program, and he received the James P. Mize Trial Advocacy Award in recognition of his promise as a trial advocate. He is the son of Mary Grove and Richard Stringer and a graduate of Paxon School for Advanced Studies and Florida State University. 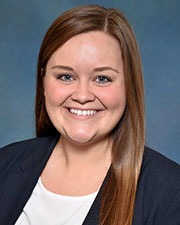 MISSOURI
From Liberty
Jennifer Schorgl received the Walter Hiersteiner Outstanding Service Award, given to the student whose service to his or her fellow students in the law school and to the university community demonstrates the greatest promise for contribution to the legal profession and to society. Schorgl served as a mentor to fellow students – as a Dean’s Fellow, Lawyering Skills Teaching Assistant and Shook, Hardy & Bacon Scholar. She was an articles editor on the Kansas Law Review, a member of Women in Law and the KU Law student chapter of the Federal Bar Association, and graduated near the top of her class. Schorgl is the daughter of Mary and James Schorgl and a graduate of St. Teresa’s Academy and Creighton University. 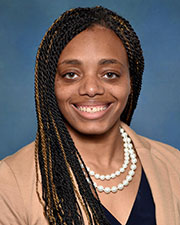 TENNESSEE
From Memphis
Rhavean Anderson received the Janean Meigs Memorial Award, given to the student who has demonstrated a caring spirit in service to the students of the law school or to the community at large. Anderson has distinguished herself both inside and outside of Green Hall. She played a key role in promoting issues of diversity, equity and inclusion, serving on the Dean’s Diversity Leadership Council and assisting in the development of diversity and equity training. Anderson was also a member of the Black Law Students Association. Outside of Green Hall, she was a leader within KU Athletics – serving as a tutor and helping KU student-athletes with professional development. She competed on the KU Track & Field team during her first year of law school. Anderson is the daughter of Teresa and Rhanon King and a graduate of Ridgeway High School and KU.