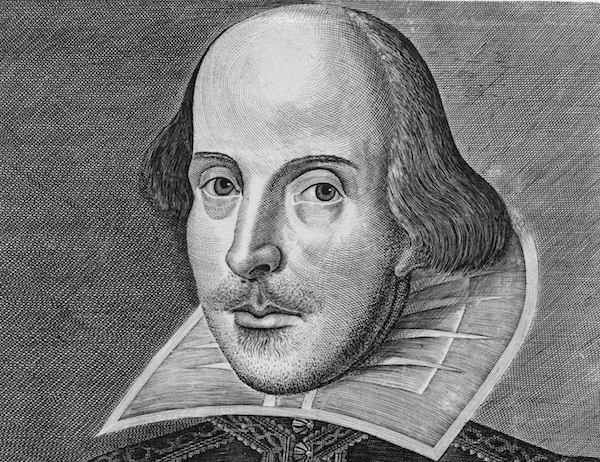 LAWRENCE — William Shakespeare is no stranger to college campuses. But his works and those of Albert Camus, William Butler Yeats, James Joyce, Franz Kafka and E.M. Forster are usually read and discussed more in theater and English classrooms than in law schools.

A new University of Kansas School of Law class is mixing the bard and the bar to help budding lawyers consider how classic literature applies to all manner of international law and how history’s great writers can help them become better legal writers.

International Law and Literature is a first-of-its-kind class now in its first semester at KU Law. It is taught by Raj Bhala, associate dean for international and comparative law and Brenneisen Distinguished Professor. The class takes the idea of a relatively standard law class and puts an international spin on it, considering work of authors from around the world and how their work can help the understanding of treaties,international law and improve legal writing.

The course has three sections: law as literature, law in literature and rhetoric. For the first, students read legal documents like the General Agreement on Tariffs and Trade, known as GATT, and apply literary theories and schools of thought to them as a better means of understanding. In a recent class, students considered how post-structuralism, deconstruction and Marxist literary interpretation could help in the understand of China’s nonmarket economy status and legally ambiguous wording that has led to anti-dumping lawsuits working through the World Trade Organization, U.S. Court of International Trade and U.S. Commerce Department.

An expert on international trade law and long-time literature lover, Bhala said courses have looked at law in literature for roughly a century. However, by scanning syllabi from law schools across the country, he found few that applied international law to literature, viewed law as literature, or took a comparative look at legal systems of different cultures.

“I wanted to put together a course that was international and comparative, that had a heavy dose of treaties and statutes and preserved the best of other courses, and that met the American Bar Association standards for practical legal writing training,” Bhala said. “The ABA has been encouraging law professors to develop courses that help students learn how to draft documents better. This study of some of the world’s greatest authors — coupled with the perspective that treaties, decisions and memos are a genre of literature susceptible to insights from literary interpretative methodologies — helps them write and get more of that practice.”

The writing practice comes throughout the course, both in reading legal and literary work and by written assignments melding the two as well in the course’s rhetoric section. The students are required to write a speech on a topic of international legal significance. That includes the South China Sea dispute over the “Nine Dashed Line,” balancing their points in a thoughtful, legally sound argument, having studied Aristotle’s principles of rhetoric, as well as speeches on international crises, such as President Kennedy’s October 1962 address on the Cuban Missile Crisis.

For the law in literature requirement, students read works including Shakespeare’s “Merchant of Venice” and “Othello”; Camus’ “The Stranger;” Forster’s “Passage to India;” and Kafka’s “The Trial”; selections of novels from George Bernard Shaw and James Joyce; and poems from William Butler Yeats, Seamus Heaney and Rabidrath Tagore. The works are all selected for not only their discussion of law, but also for their law-related themes such as justice, poverty, discrimination, wealth, racism, commerce, misogyny and others, all of which are regular topics addressed in international law.

By considering law in literature, along with law as literature, students appreciate how one style of writing can inform the other. Plus, courses have tended to focus on work almost solely by U.S. authors or works originally written in English, leaving out a vast amount of work applicable to international law.

The focus on writing not only helps give students a unique way to approach the practice, but it also meets the ABA’s call for more globalization, better writing and more practical, clinical training for law students. Plus, the landscape of law firms and K-12 education has changed over the years, with less time for professional mentoring and reduced education funding contributing to students needing more help in writing and critical thinking.

“Practicing lawyers don’t have the time to train junior lawyers that they used to,” Bhala said. “The old-fashioned way of senior partners as mentors is under pressure from the expectation of the role of senior partner as rainmaker. We at KU have to be innovative in responding to these needs, both in writing and practical education.”

The class has drawn a wide swath of law students interested in humanitarian, international, nonprofit and other areas of law, as well as students interested in international problems such as aiding re-unification of North and South Korea via commerce. Others say they have always loved literature or were intrigued by the idea of applying the lens of literature to legal writing.

For many, literature is an escape, something done in personal time for enjoyment. Bhala said the course is intended to be fun, just as much as it is to improve legal writing and broaden horizons of legal thought. Law students make a big investment of money, time and work in their education and should expect to be able to enjoy what they do. That goes for the teacher as well.

“It’s a huge challenge and great stimulation,” Bhala said of the class. “I have to learn or re-learn works of literature and literary theory that I haven’t read for many years in some cases. And there’s a great deal of cross pollination among these topics that I really enjoy.”

While many of the students have read some of the assigned works in high school or studied literature before coming to law school, re-reading classics and considering them in a different light opens up new perspectives and helps consider ideas in a new way, a useful tool for a practicing lawyer.

“Experiencing great works again and re-reading opens you up to new things and can give you a new appreciation for something you may have already read,” Bhala said. “I’ve read GATT a million times; I love it. And I always learn something new.”