LAWRENCE — University of Kansas scholar Sarah Deer was named today as one of 27 researchers in the 2020 class of Andrew Carnegie Fellows. With a $200,000 stipend, it is one of the most generous awards of its kind for scholarship in the humanities and social sciences. Honorees include established and emerging scholars, journalists, authors and public intellectuals. 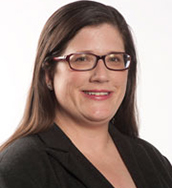 Deer, who holds a joint appointment with the School of Public Affairs & Administration and the Department of Women, Gender & Sexuality Studies, is a leading researcher and advocate to end violence against women, with a focus on the intersection of federal American Indian law and victims' rights.

“Sarah Deer is exceptionally deserving of this recognition and investment in her work. She has advocated for significant policy changes to better protect native women, who deserve much greater agency and representation in the legal system. I am so pleased for her to be selected for this prestigious honor,” said John Colombo, interim dean of the College of Liberal Arts & Sciences.

“I am honored to be able to tell the story of native women’s contributions to American society in the face of oppression and violence. Their courage and deep connection to their relatives and communities is a testament to the enduring spirit that has allowed native people to weather the storm of settler colonialism and contribute to the improvement of American democracy. I am humbled by the strength of native women and excited to work with them more closely,” Deer said.

Deer’s work will focus on indigenous women and gender as a central component in understanding 21st century perceptions of tribal self-determination, democracy, justice and sovereignty. As part of the project, she will interview Native American women across the United States who have made unique contributions to democratic projects. Despite being among the most marginalized members of American society, Native American women have continued to build strong relationships within and across communities. While the Standing Rock Reservation protests in 2016 were a highly visible manifestation of this activism, Native American women are central players on many reservations and in communities across North America.

Deer is a citizen of the Muscogee (Creek) Nation. Her work on violence against Native American women has received national recognition from the American Bar Association and the Department of Justice. Deer is also the chief justice for the Prairie Island Indian Community Court of Appeals. She has testified before Congress on four occasions regarding violence against Native American women and was appointed by Attorney General Eric Holder to chair a federal advisory committee on sexual violence in Indian country.

Deer was named a MacArthur “Genius” Fellow in 2014. Her work was instrumental in passing two landmark legislative pieces: The Tribal Law and Order Act of 2010 and the reauthorization of the Violence Against Women Act in 2013. In 2019, she was inducted into the National Women’s Hall of Fame, only the fifth Kansan in history to receive the honor. She is a KU alumna with a juris doctor and a bachelor’s degree in philosophy and women’s studies. She joined the KU faculty in 2017.

Her 2015 book, “The Beginning and End of Rape: Confronting Sexual Violence in Native America,” has received several awards including the Labriola Center’s American Indian National Book Award. She is a co-author of four textbooks on tribal law and has been published in a wide variety of law journals, including the Harvard Journal of Law & Gender, the Yale Journal of Law & Feminism, and the Columbia Journal of Gender and Law.

The Andrew Carnegie Fellows Program was established in 2015 with the goal to support high-caliber scholarly research in the humanities and social sciences that addresses important and enduring issues confronting our society. The program represents an overall investment of $38 million in some 200 recipients whose scholarly research spans such subjects as U.S. democracy, the environment, technological and cultural evolution, and international relations. The criteria prioritize the originality and potential impact of a proposal, as well as a scholar’s capacity to communicate the findings with a broad audience. Of this year’s fellows, 14 are from public institutions of higher education, 12 are from private colleges or universities, and one is a journalist working with a think tank.